A quick bike around Vienna 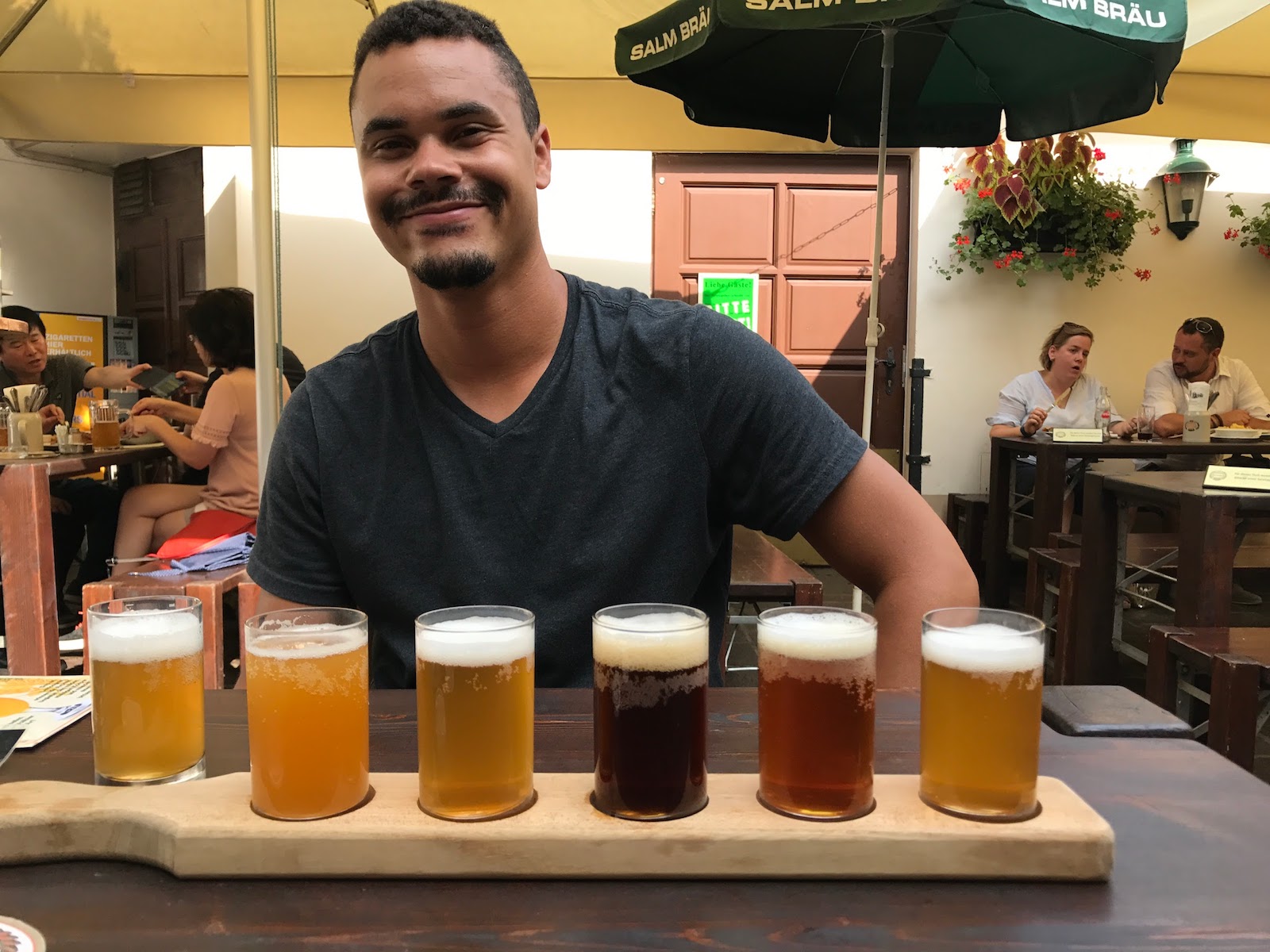 Since we were in central Europe for a bit, we thought we should take advantage of the train system and explore another iconic city, Vienna.

We were not disappointed. We stayed in a charming AirBnb, hosted by a woman from Brazil and tried to make the most of a quick 2 days.

Vienna has a fantastic city bike system and, after a quick man vs machine battle with setting up accounts, it became our sole means of transportation. They also have a clean and efficient public transit system but we were loving the relatively flat streets and the bike rental is free if you return it to any station within an hour. How can you pass that up?! However, word of advice: biking to the train station on the outskirts of the city with all your luggage on your back and a train to catch is not recommended. It is certainly cheaper than an uber, but at what cost?

In Vienna we took it easy. After a leisurely breakfast we began a gentle ride along the Donaukanal, a branch of the Danube that flows through the city. It’s banked with wide walking/biking paths, green spaces, and lively restaurants and bars. We explored the city streets, politely declined the classical music concerts offered on every corner, and then went to the delightfully eccentric Hundertwasser Village: a whimsical apartment complex created by the famous artist, Friedensreich Hundertwasser. Loving the refreshingly absurd and yet functional designs, we spent some time in the nearby museum. I’ll spare you the art history lesson but he was a seriously unique person and I kinda fell in love with his style.

Vienna must be my kinda culture because, in addition to the fun new find of Hundertwasser, it also produced my all-time favorite. Gustav Klimt (you probably know him best for The Kiss) is my ideal art combination of mastery of skill (check out some of his portraits) and bending the rules while incorporating a personal flare. Also, I’m a sucker for shiny, gold things. When we found out that Klimt’s work was on display at the Belvedere, a palace-turned-art museum in Vienna, I danced my way there (actually I biked there, very sweaty). Art museums take a long time, so we spent the majority of our second day taking in the various masterpieces. There was even a special additional exhibit of Klimt’s Greek-inspired work. I don’t geek-out about art very much but his Athena piece had me gaping.

Aside from enough art to keep us inspired for years, Vienna has some hip spots! Those river banks I mentioned earlier, they really come alive at night. We got to eat at the restaurant booths and then had some drinks by a live band. The next night, we brought our own little picnic to the bank and shared a bottle of wine while watching the river flow by. There are a lot of young people sitting at bars or just on the sidewalk along the banks. And you don’t even need to BYOB because there’s a steady stream of shady guys selling beers out of their backpacks- which is clearly illegal but oh-so-cheap and convenient!

I’ve gotta say, Vienna is seriously underrated on the scope of European cities. We loved our few days here and wish we had longer. It goes on the ever-growing list of places we’ll have to come back to.