Berlin and a brief return to the western world 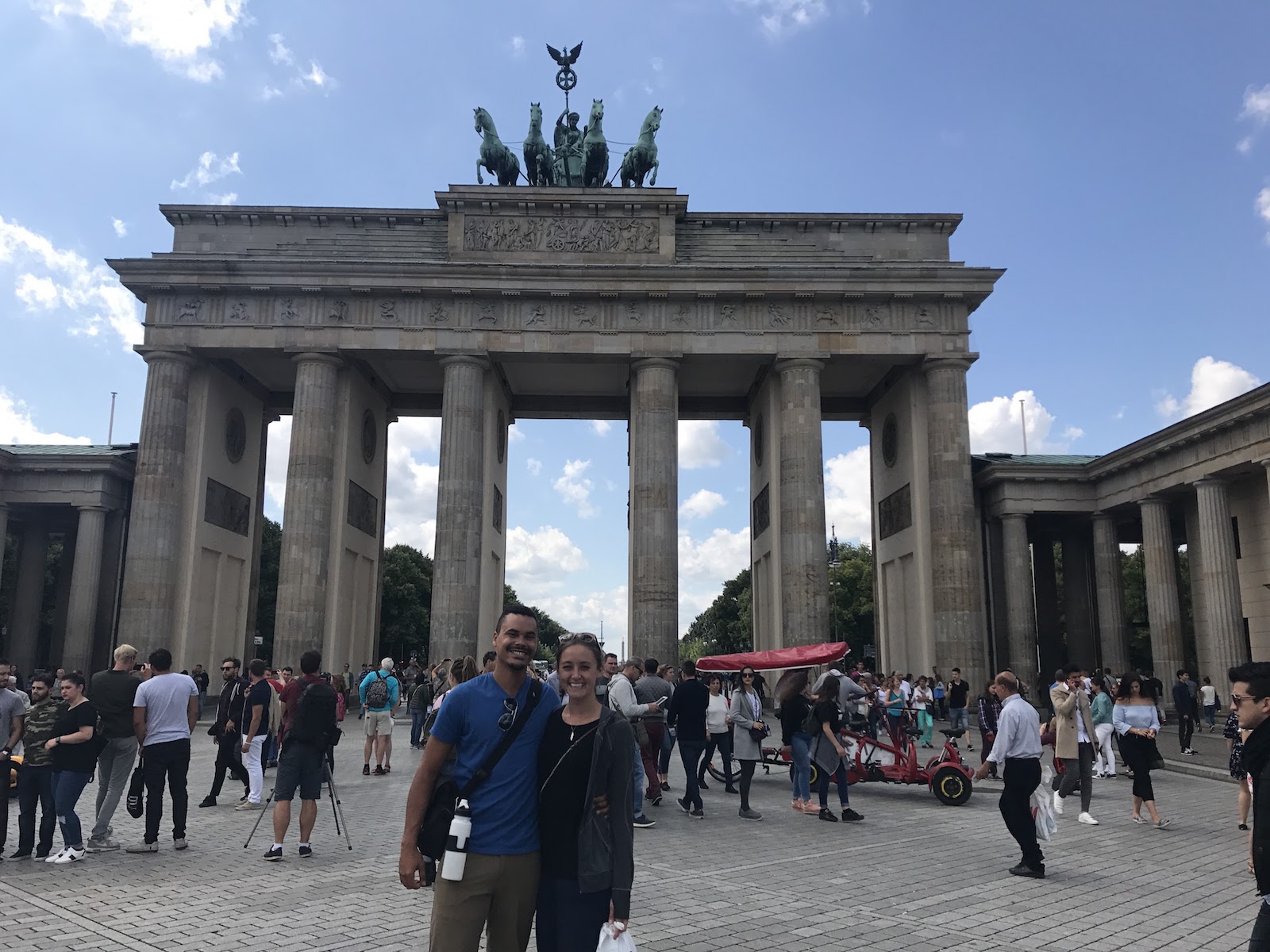 A very quick but successful stop in Berlin, relaxing in the comforts of a more familiar culture

We left our hotel in Madaba, Jordan at 1:30AM, navigated the surprisingly busy airport, boarded a plane and took off around 4AM. I had a personal moment of pure traveling bliss while watching a radiant sunrise through the tiny side window as my fellow passengers snored to each other. I even got a little shut-eye myself at one point. Then, after a few hours of sitting on an airport floor in the Ukraine, we were finally on a plane bound for somewhere tantalizingly familiar: Europe, a land flowing with toilet paper and potable water. Where prices are fixed, water is heated, and beer flows freely to all.

We had never been to Germany before and neither of us speak German, but arriving in Berlin was strangely like coming home. In all the countries we had been to over the past few months, we were constantly trying to learn a new set of rules. And also continuously screwing up. But Europe has a set of rules we know and understand. Even if I cannot pronounce half the things on the menu, I do know that when I am seated at a restaurant someone will come, they will give me a menu, they will then leave and -this is important- return to take my order. At the end of the meal they will ask if I would like anything else before bringing my check which will be accurately added up based on the prices listed in aforementioned menu. I will pay without confusion, maybe even in credit card! Polite smiles will most likely be exchanged and not misread. It seems so simple but it’s not universal and we are not taking it for granted!

We splurged (a whopping $80) on a hotel room for the night and spent a little too long exclaiming over the miracle of toilets that are capable of flushing toilet paper before seeking out what we came to Berlin for: a good beer. In the land that invented Octoberfest, it is not difficult to find a delicious brew and we were soon “cheers”ing and laughing over burgers and a pint. We even slipped in a glass of wine before crawling under crisp covers and sleeping soundly.

Having only a day in Berlin we kept our schedule minimal. After profusely thanking, and consequently embarrassing, our waiter at breakfast for the complementary orange juice, we made our way to see some of the top sites nearby. We arrived first at one of the Berlin Wall memorials and spent a somber hour reading a timeline surrounding World War II, the division of Germany, and the eventual collapse of the wall. Neither of us had realized how recent these events were and how deeply they impact a number of generations of Germans living today. We were both born before the wall fell.

As we chewed on the hard truths of Nazi era and post-war Germany, we stumbled on another memorial in the central part of Berlin titled: Memorial to the Murdered Jews of Europe. The memorial itself is chilling as you walk through what seems to be thousands of tombstones, towering higher and higher over your head the deeper you go. I was struck not only by the presence of these brutal memories here in this modern city, but also by the brave attempts to acknowledge and engage them.

We meandered out of the memorial and made our way to more lighthearted tourist stops including the Brandenburg gate and the Reichstag building where Parliament meets. Both embody the Old World stateliness and nobility that you expect to find throughout Europe. We strolled back to our hotel through a beautiful and expansive city park and then jumped on a punctual airport bus to visit friends on the other side of the country.

Before I leave the subject of Berlin, however, I have to touch on my personal highlight. Since SriLanka, I had been working with my puppy-mutilated Frankenflops but they just weren’t as comfortable and certainly looked a bit worse-for-the-wear. On on walk through Berlin we found a shoe shop selling Birkenstocks and I got a perfect pair in a snazzy new color for significantly less than they sell for in the US. I was and am thrilled! The added bonus was when Kolt tried to find a bathroom in the shoe store and started to walk down a staff hallway. The very stern and businesslike saleswoman who was helping me called after him in an uncharacteristically sing-songy voice “Yoo-hooo! Yoo-hooo!” When he turned to look her voice dropped a solid octave and she let out a gravelly “NEIN!”, effectively getting her point across that there were no customer bathrooms at this location. I didn’t have the strength to hold in my laughter.

There is so much more to see in Berlin and we absolutely plan on coming back. Even in just a day, we have some fond memories of our visit and are so glad we could experience this pocket of history and modernity.