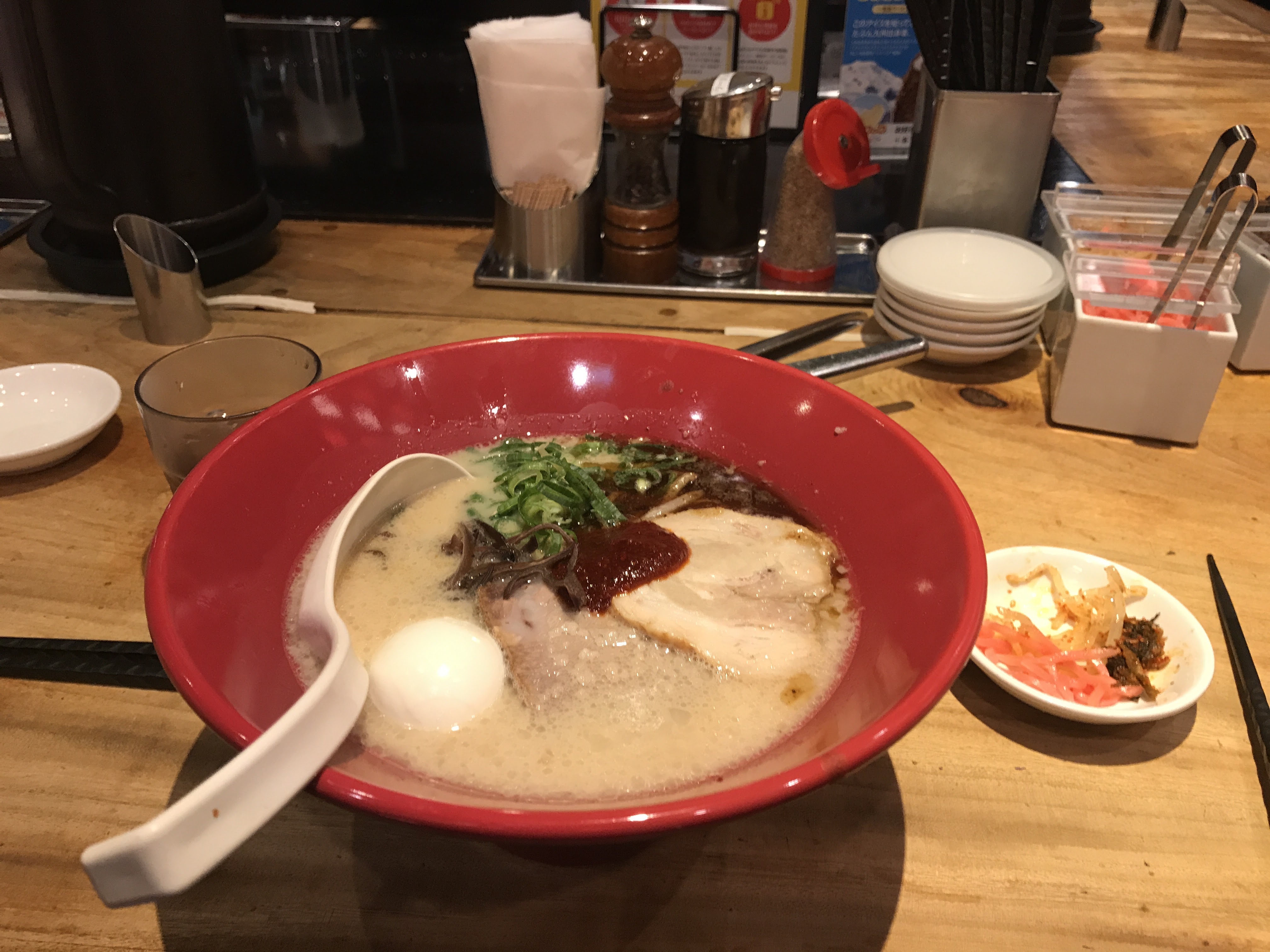 While visiting our friends Austin and Nagisa in Tokyo, they took us to Ippudo Ramen. We both love Ramen and it was at the top of our list of food to try while we were there.

To order your food you select what you want from what looks like a small vending machine on the outside of the restaurant. This was a strange yet efficient way to order food. Austin recommended we try the Pork Bone Ramen.

After we placed our order we were seated. The restaurant had limited seating but still felt cozy. Our orders were brought out pretty quickly and we were also given what the Japanese call "pickles" to put in the ramen. These are various pickled vegetables.

As expected the ramen was delicious. The pork was tender, the noodles were slightly al dente (my favorite), and the pickles added a little extra interest to the overall flavor. For me, the most incredible part of this ramen dish was the broth. The broth had a richness of flavor that I had not tasted in ramen before. Ramen broth that I've had in the U.S is often a little more watery and light. This broth had so much substance that it could have been a meal in itself.

I'm UI/UX Designer and I am originally from Michigan. I love to design intuitive, easy to use websites and apps. I was also a soccer player for most of my life and I love to play whenever I get the chance. I also love Star Wars, good food, and my wife Deanna.