Switzerland, it’s not even fair 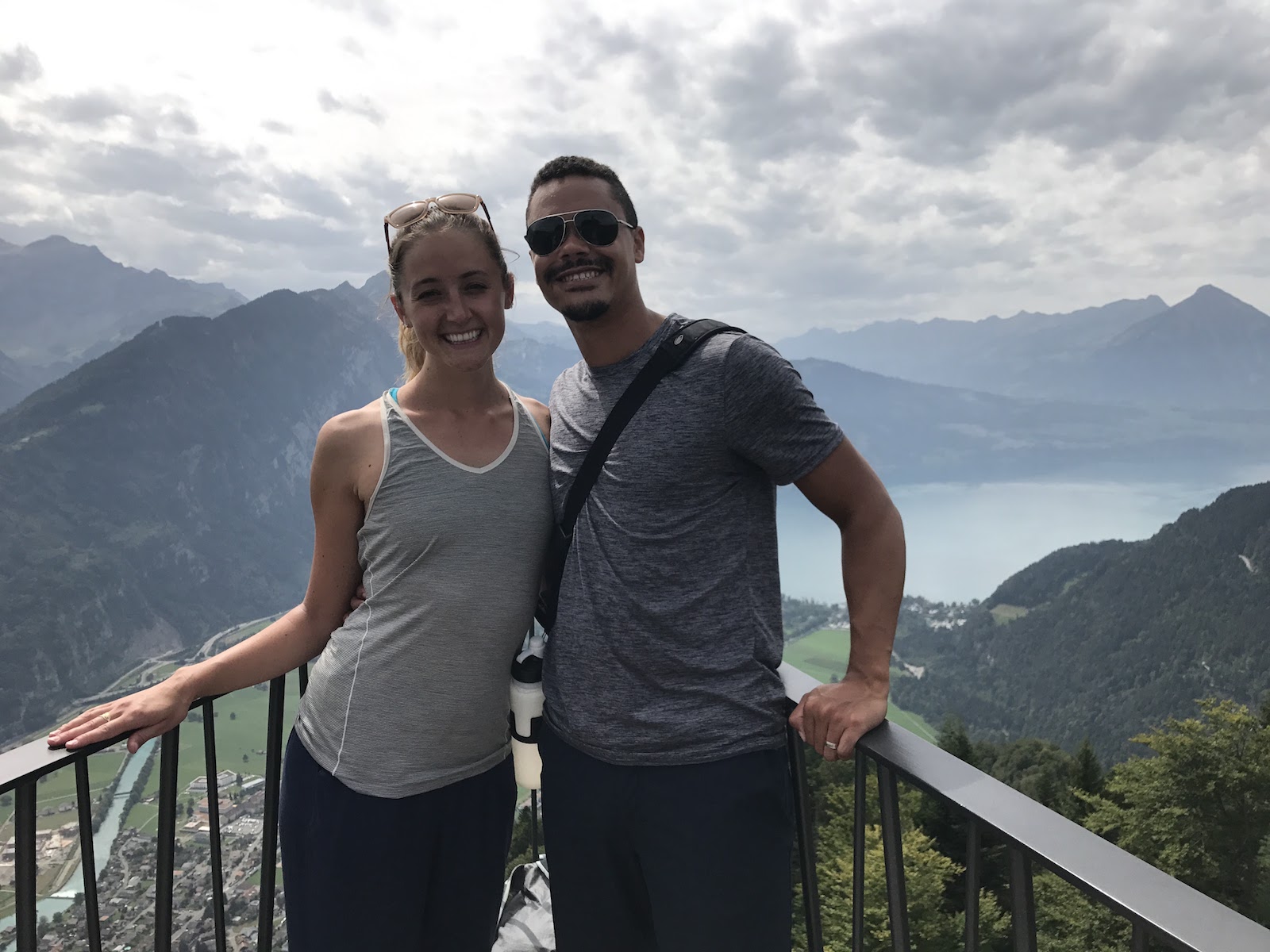 I’m convinced Switzerland is not a real place. It must have been a shared hallucination (folie a deux if you care about the name of that psychological condition) that Kolt and I had for 5 days.

Maybe some late side effects from a bad schnitzel, or all the travel stress finally broke us. Or perhaps someone slipped us something on the train. Whatever it was, it’s just not possible for somewhere this all-around pleasant to exist.

There are only two things that make me think it may not have been a dream: the poor sleep we got in the hostel dorm, and the very tangible effect Switzerland had on our bank account. But there has to be something to encourage the tourists to go home.

The train in was smooth and breath-taking as we wound our way through the snow-capped Alps and mountainside farmlands. Approaching our stop, we rode along the length of a pristine glacial-blue lake and into an adorable town. Interlaken, fitting its name, is nestled between two of these lakes. A river that is actually the color of that blue Gatorade Frost, flows between them. The water is so clean you can drink from the lakes. And apparently the tap water is more pure than bottled water. There are mountains on either side and on clear days you can see the snow and ice-capped Jung Frau peak towering over the rolling country. Like I said, this place can’t be real, right?

While just walking around the adorable streets and looking up to the mountains is enough to make you feel all Sound of Music, there are a ton of things to do. We spent a day at the beach, swimming in the shockingly cold mountain water then sunning dry before paddle boarding beneath the Alps. The next day, we took a furnicular (basically a train that goes straight up a mountain) to an observation deck on a nearby mountain. From here we hiked up to the next peak and picnicked with butterflies as colorful paragliders drifted by to land in the fields below.

In another lucky turn of events, we arrived during a festival celebrating Swiss culture so we got to drink a local pint while listening to yodeling (yes, yodeling) that sounded like angels cooing, and petting an oversized Bernese Mountain Dog named Orso. People in Switzerland generally speak German, French and Italian (all bordering countries so they just go ahead and speak those languages instead of going through the complicated mess of making up a new one) as well as English. Everyone smiled, everyone was helpful. Melty cheese and beer flowed like streams of pure bliss.

We decided to take the opportunity to paraglide while we were in such a stunning place, but it literally rained on our parade and was called off. Disappointed but still in the fanciful world of Interlaken, we shrugged and signed up for a chocolate making class instead. The class had all-you-can-eat chocolate, which is sufficient to keep me happy for an afternoon. We also got to make and then decorate 3 huge chocolate bars each, which sustained us for the next 2 weeks whenever we felt like our emotions needed a little stabilizing.

There are countless scenic villages near Interlaken, each with their own natural wonders and daydream-worthy attractions. We could have spent weeks in this one area of Switzerland, frolicking in wildflower fields, climbing mountains, swimming in crystal waters, and eating chocolate and cheese. But we would also have spent our entire saving account, so we had to move on. We spent a night in Lucerne before flying out of Zurich but, aside from trekking to either end of the city because of a booking error, we didn’t see much. Rain kept us inside so we happily took a nap and watched Netflix before gearing up for the next big stop: Morocco!