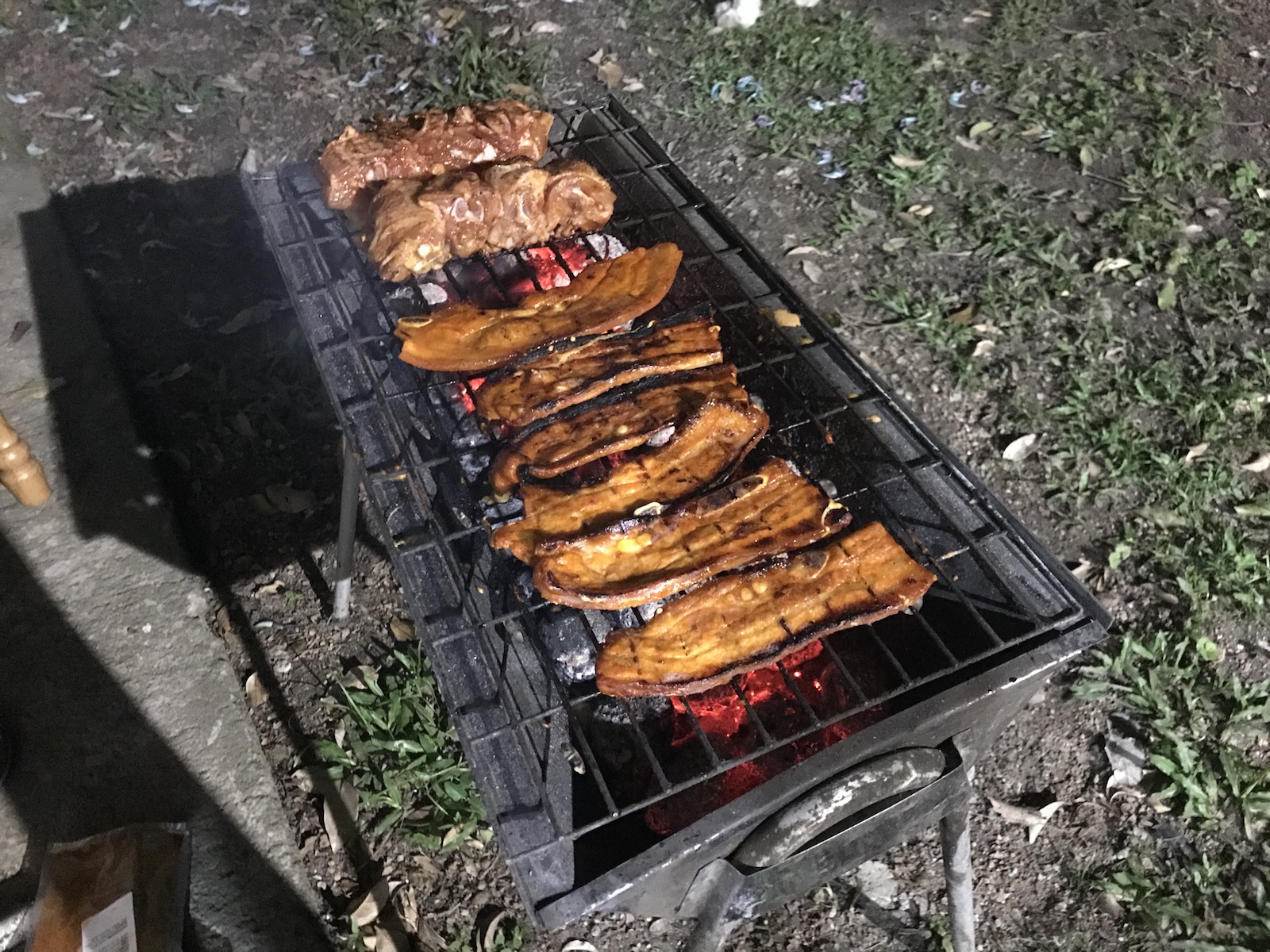 I’m together thrilled and concerned by the amount of meat they eat here in South Africa.

A Braai (pronounced “bry”) is essentially the South African version of a backyard cookout. The word braai is Afrikaans for “barbecue” or “roast”. During our time here, we’ve been lucky enough to be invited to a lot of braais. They are a very common social event and are always casual and fun. For the braais we’ve been to, everyone brings their own meat to share and they don’t mess around with their meat here. Some of it is familiar and some of it we had never heard of before. Popular meats include:

Whoever it working the grill will start cooking the meat while people are still arriving, which can take an hour or so. When guests arrive, they just drop their meat by the grill hang out. The rashers get cooked first and are a kind of snack for people to munch on while the other meat is cooking. Once all the meat is cooked you end up with a big tray piled high with meat. There are usually a couple of vegetable dishes and a salad that people will pick at but the meat is the main attraction.

After 3 months of eating a lot unfamiliar and strange food I was pumped be eating some food more similar to ours back home. The only problem was that my body had gotten use to smaller and lighter meals. At our first couple braais I may have let my #meat-citement get the better of me and wound-up not feeling so hot. After that I decided to dial it back a bit and try for some more salads.

A true South African braai is something I had really been looking forward to and it did not disappoint. It can be extremely meat-heavy so it’s important to balance it with fruits and vegetables. Most of all, a braai are a great chance to spend time with friends and sit around a grill. Who could ask for more?

I'm UI/UX Designer and I am originally from Michigan. I love to design intuitive, easy to use websites and apps. I was also a soccer player for most of my life and I love to play whenever I get the chance. I also love Star Wars, good food, and my wife Deanna.